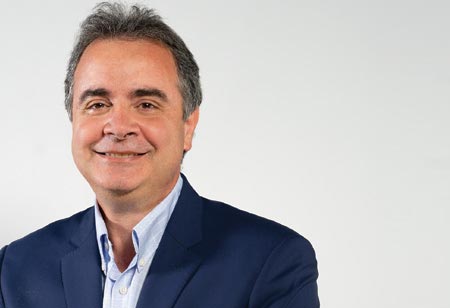 The dot-com years still generate frenzied talk, albeit mostly negative. It was a period of risk, speculation and greed. It was also a period of enterprise and entrepreneurship. Eyeing the high-flying start-ups, the old-line companies tried to catch that same daring spirit; most, however, were weathervanes in a storm, feeling pressure from all sides and whipped around senselessly.
My company was not immune to these pressures, part of which demanded that research for an operating company had to be directed to near-term product development and that accompanying intellectual property itself show a return on investment. At that time, I had sketched out a proposal for my company’s central research group to license their patents to start-ups and entrepreneurs for no upfront fees or royalties for a certain time. This so-called “Hothouse” project would give these newbies quick and easy access to more technical rights and assets and would hopefully help stimulate their development efforts. For us, we would seek to stoke demand and gain wider adoption for the group’s innovations and intellectual property (and with any luck create actual revenue in the future). In the end, my proposal was barely considered, eclipsed by larger-profile efforts to spin-out technology and micro-invest venture capital. Free sharing of technological information has a long history in all fields so my proposal was certainly not the first of its kind nor the last. As I recall, IBM would willingly license their patents to any who were interested for a nominal royalty (1%), effectively giving free access to its technology. Later, IBM led a group of others (Nokia, Pitney Bowes, Sony) to pledge environmentally-centered patents to the public domain and thus establishing the Eco-Patent Commons that released dozens of innovations focused on delivering environmental benefits. F/RAND licensing under standards organizations is in the same vein, Of course, also, free and open software or public domain software has been around since the start of the computer age in the 1950’s. So any debate about open innovation is not really about its principles or underlying benefits. Rather, the debate is always about its scope and role in the respective technology space and within the surrounding business milieu. The threshold inquiry is whether or not the innovation is to be used as a tool of competition by the holder of the innovation. The same is true for data that results from the use of our innovative tools for collecting, organizing and analyzing information. This is a qualitative review not a quantitative one (e.g., we have too much data therefore it should all be open and available). My strong suspicion is that nearly all innovations and data are not used as tools of competition by their holders. Policy, past practice and politics keep them protected. For example, patented inventions are often only nominally disclosed and shared with the public in exchange for a patent grant of exclusion. Non-public business information that are not trade secrets are routinely held confidential by transacting parties. Many privacy regimes adopted by companies limit the disclosure or use of personal data indiscriminately. For good or bad, today’s business works through the gears of regulations and compliance and this tends to cement these reflexive responses. This is sidestepped though when there is an honest assessment of one’s innovations and intellectual property. More problematic is the follow-through. Many see risk; many see a lack of immediate tangible benefit. My advice is to look through that long, rich history in the sharing of technological information – similar opportunities will certainly present themselves to champion open innovation where appropriate.
This content is copyright protected

However, if you would like to share the information in this article, you may use the link below: